Walking, even in the crosswalk, is becoming more dangerous.

The Governors Highway Safety Association (GHSA) is projecting a 10 percent increase in pedestrian fatalities in traffic crashes across the U.S. last year. This marks the largest increase in four decades, since data was first collected.

The official tally shows an estimated 2,368 pedestrians were killed between January and June of 2015. Researchers expect annual figures to reach the 10 percent mark.

END_OF_DOCUMENT_TOKEN_TO_BE_REPLACED 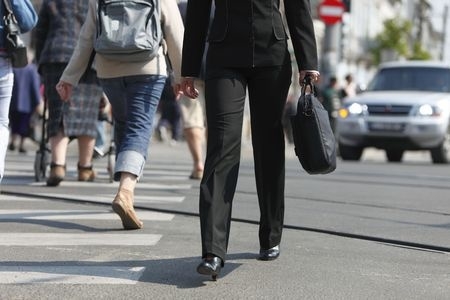 As 35 million Americans plan to travel this Memorial Day weekend, we urge drivers in Massachusetts and throughout New England to think safety.

Travel will be down 100,000 travelers from 2010, which saw a 14 percent increase from the year before, according to the auto club AAA. Approximately 30.9 million people plan to drive 50 miles or more to their Memorial Day destination.

When this many drivers are on the road, it is especially important to watch out for those around you to avoid traffic accidents. That includes pedestrians, bicyclists and motorcyclists as well as other cars. Here are some things to remember while traveling this holiday weekend: