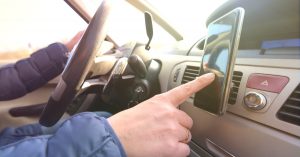 Drivers are not allowed to pick up cell phones under the Massachusetts hands-free driving law, but can quickly tap the device for activation of hands-free mode or GPS.

A dangerous trend has emerged on our roads, cell phones and social media accounts, with the rise of drivers “vlogging,” live-streaming and making video phone calls. In a 2020 survey, more than 20 percent of drivers admitted to recording video on cell phones. This is more than double the response from 2015.

Now, after a cyclist’s tragic death, a local lawmaker is proposing Massachusetts update its hands-free driving law to ban both recording and broadcasting video while driving.

Nationwide, 48 states have banned texting while driving and 24 states have passed hands-free driving laws, according to the Governors Highway Safety Association.

Massachusetts would join four other states which have banned recording and broadcasting as part of their hands-free laws, according to state Sen. Jo Comerford, D-Northampton, who has proposed the legislation.

Sen. Comerford proposed “Charlie’s Law” in the wake of a cyclist’s death near Northampton High School in October 2021. A 23-year-old driver is accused of video chatting on the FaceTime app, then running past a stop sign and striking the cyclist in a fatal bike crash, according to local news reports. The driver now faces criminal charges, including negligent motor vehicle homicide. Meanwhile, state lawmakers held the first hearing on Charlie’s Law earlier this month.

Looking to prevent injuries and deaths in car accidents, Massachusetts passed a ban on texting while driving in 2010. After many years of debate, lawmakers reached agreement on a more comprehensive hands-free driving law in 2019.

The Massachusetts hands-free driving law took effect in early 2020 and drivers now face fines for violations, starting with $100 for the first offense.

For third and subsequent offenses, drivers face up to $500 in fines and an insurance surcharge. They must also attend a distracted driving education program.

Under the hands-free law, drivers are only allowed to touch mobile phones and electronic devices to quickly activate hands-free mode, when devices are mounted to a windshield, dashboard or center console. Drivers are still allowed to use voice-to-text commands and make phone calls so long as cell phones are properly mounted.

As it stands, the Massachusetts hands-free driving law does not specifically ban drivers from making video conference calls or vlogging activities, such as recording or live broadcasting video of one’s self while driving to post on social media sites. As long as cell phones are mounted, drivers are not violating the law.

Drivers may be cited or charged if police investigate a car crash and find they violated another traffic law, such as a marked lanes violation. But updating the hands-free law – which is a primary enforcement law – may allow police to stop and cite drivers they see using cell phone video features before a crash happens.

Sen. Comerford has proposed S. 2733, “An Act Prohibiting Video Recording or Broadcasting While Driving.” The bill proposes adding language to the existing law stating no operator shall record or broadcast video of themselves on a mobile device, with a few exceptions.

In its 2021 Driving While Distracted study, State Farm Auto Insurance reported 22 percent of drivers admitted to recording behind the wheel in 2020, compared to 10 percent in 2015.

Younger drivers were more likely to engage in this behavior:

This was not the only increase. State Farm reported 89 percent of drivers – or nearly 9 out of 10 – admitted to engaging in one of the 14 distracted driving behaviors covered in its online survey.

One troubling note was most drivers in states which had passed hands-free driving said they were aware of laws, but one in five were not informed. Six percent of the drivers even said their state did not ban handheld cell phone use.

At Breakstone, White & Gluck, our Boston personal injury lawyers offer more than 100 years combined experience representing those injured by negligent and reckless driving. Our attorneys work with clients throughout the Boston area, including those who live and work in Boston, Cambridge, Somerville, Everett, Brookline, Arlington and Quincy.

If you have been injured in a car accident caused by another driver’s negligence, you may require medical care and have to miss time at work. You may have many questions. For a free legal consultation, contact Breakstone, White & Gluck at 800-379-1244 or use our contact form. Our attorneys will review the facts of your case with you and help you determine whether you have a potential claim.

END_OF_DOCUMENT_TOKEN_TO_BE_REPLACED 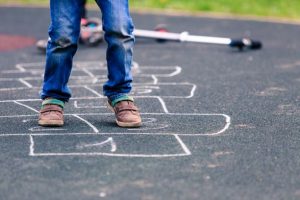 As traumatic as backover accidents are, many injuries are preventable. Drivers can recognize the safety risk and make use of technology. Families can communicate and plan. Involve friends and family who visit and park at your home in this conversation. Before they arrive, suggest a safe parking space.

As a Massachusetts driver, you can help prevent backover accidents through a combination of steps. You can use a back-up camera. Stay aware of your blind zone. Near children, the most effective prevention may be getting out and walking around your vehicle. Make sure you have a clear path of travel and if you don’t, be patient. Stay where you are for an extra few minutes until the children have gone back inside.

Comings and Goings. Start by keeping your family together when someone arrives and departs. Keep children inside and let them wave to the driver from the window. If children are outside, an adult should be outside supervising them. Gather together on the front steps or a safe place. Hold on basketball, bikes or riding toys until the person leaves. It’s hard for a young child to resist chasing a ball.

Driveway Barriers. Parents can keep traffic cones in the shed. Put the cones out in your driveway when you are concerned or to block delivery drivers from pulling. You can also look into portable neon driveway fencing products.

Walk Around the Vehicle. Even if drivers have a back-up camera, walk around your vehicle. Check underneath your vehicle and observe if a child or anyone is nearby or may move into your path of travel (such as a child riding a bike or someone pushing a shopping cart).

Park Consistently. If you are a parent or live near children, park your vehicle in the same place in your driveway or garage each day. Be consistent with your approach. Whether you pull in or back into your driveway or garage, make sure children are in a safe place. If you are a parent, keep children in the backseat if you back in. Come to a complete stop, turn and check on your children in the backseat, then get out of the vehicle together.

Large Vehicles. Trucks, SUVs, RVs and vans are more likely to cause backover crashes, according to NHTSA. The taller the vehicle, the greater the driver’s blind zone.

Blind Zone. The blind zone is the area behind a vehicle which a driver can’t see. Whatever vehicle you drive, learn about your blind zone. Consumer Reports found small sedans usually have a 12 foot blind zone for the average driver. Midsized SUVs have an 18-foot blind zone, while large SUVs have 19 feet. Pick-up trucks have the largest blind zone among the passenger vehicles – 24 feet.

Back-up Cameras. As of May 2018, all new passenger cars, trucks, vans and other vehicles weighing less than 10,000 pounds have to be outfitted with rearview monitoring technology, according to Edmunds.com. If you are driving an older vehicle, you can install a back-up camera on  your own – and it is an important tool which can save lives. Read “How to Add a Backup Camera to Your Car,” by Consumer Reports.

Bicycles and Pedestrians. Backover accidents can also injure adults, including cyclists and pedestrians. Look all around your vehicle before you pull out of a parking space. Be aware of different types of activities and movements in downtown and other business areas. When possible, avoid parking near crosswalks.

Parking Lot Crashes. In parking lots, pull into parking spaces whenever possible. Keep watch of pedestrians and shoppers when you pull out or back out of spaces. Set aside cell phones and do not drive when you are overfatigued.

Another note is right now, many Massachusetts grocery stores, retailers and restaurants are offering curbside pick-up services. While convenient, remember not every business is experienced with this. Drive into parking lots slowly and watch for curbside pick-up signs. If there are no signs, find a parking space and call the store. Always watch for pedestrians, who are also just figuring this all out.

At Breakstone, White & Gluck, our Boston car accident attorneys specialize in representing victims of car accidents and pedestrian accidents. We represent those injured across Massachusetts, from Boston and Cambridge to the North Shore to Quincy and the South Shore and Cape Cod.

END_OF_DOCUMENT_TOKEN_TO_BE_REPLACED 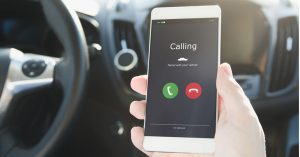