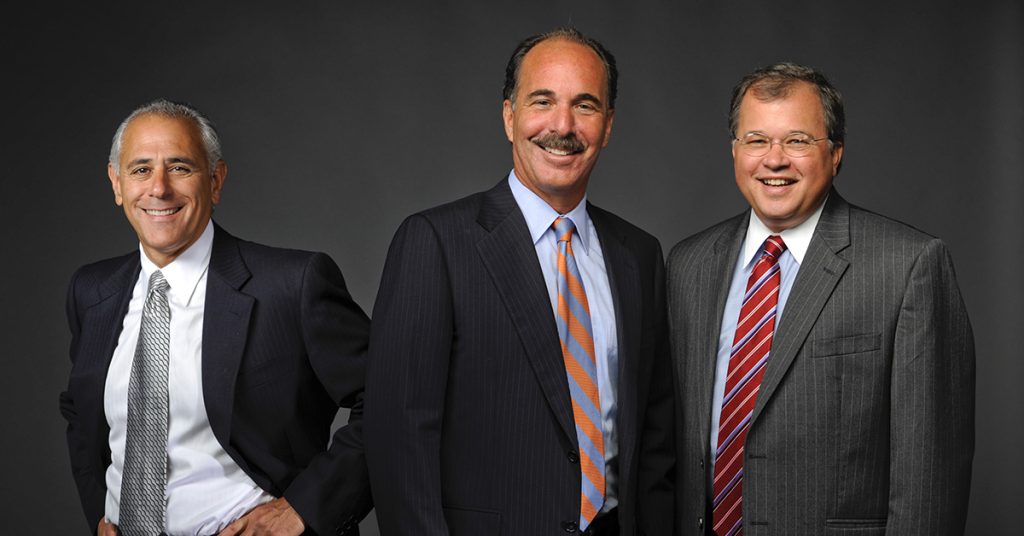 There were frightening pictures out of Allston on Sunday, November 4, 2018, as the Boston Fire Department responded to a report of a commercial building collapse. Firefighters found very dangerous conditions: the façade at 85 Harvard Avenue, a one-story commercial building, had fallen onto the sidewalk. The building houses Common Ground Bar and Grill, which sustained serious damage, and also other businesses.

Two people were injured, including a woman who was hit by concrete and suffered critical personal injuries outside the building. The Boston Globe reported she was with friends and they, along with others, fought to free her from the concrete. When the Boston Fire Department arrived, she was rescued and transported for medical treatment. Others inside the building were safely evacuated with assistance.

As the investigation begins, the collapse must serve as a reminder to landlords and building owners. Injuries from property defects – such as fires, slippery floors or snow and ice accumulations – are devastating for victims and families and are much more common than many people realize. But structural failures, especially in aging buildings, present extreme hazards as well.

Building owners and landlords have a responsibility to regularly inspect and maintain residential and commercial buildings. In older buildings with brick or stone facades, routing engineering analysis should be performed periodically.

In Boston, city regulations require inspection reports, but only for buildings over 70 feet tall. The regulation mandates that every exterior wall shall be inspected at least once every five years, and in the case of an unoccupied structure, inspection must be done at least once every year. Inspection reports must be completed by an architect or engineer, and filed with the city.

Inspections should not be limited to facades. Many buildings have aging iron work on balconies and exterior stairs and these can buckle under, leading to serious injuries.

"It was almost like an earthquake": Two people were injured, one critically, after the Allston building that houses the Common Ground restaurant and bar partially collapsed on Sunday afternoon. https://t.co/gh7VJMz0FP pic.twitter.com/qg3nQaEvFz

About Breakstone, White & Gluck – Representing Those Injured by Unsafe Property Conditions
At Breakstone, White & Gluck, our personal injury lawyers have over 100 years combined experience representing those who have been injured by the negligence and wrongdoing of others. Our attorneys have extensive experience investigating fires, porch collapses and unsafe buildings in the Boston area, then bringing claims on behalf of those injured.

If you have been injured because of unsafe property conditions, we urge you to learn your legal rights. For a free legal consultation, contact Breakstone, White & Gluck at 800-379-1244 or 617-723-7676 or use our contact form.

END_OF_DOCUMENT_TOKEN_TO_BE_REPLACED 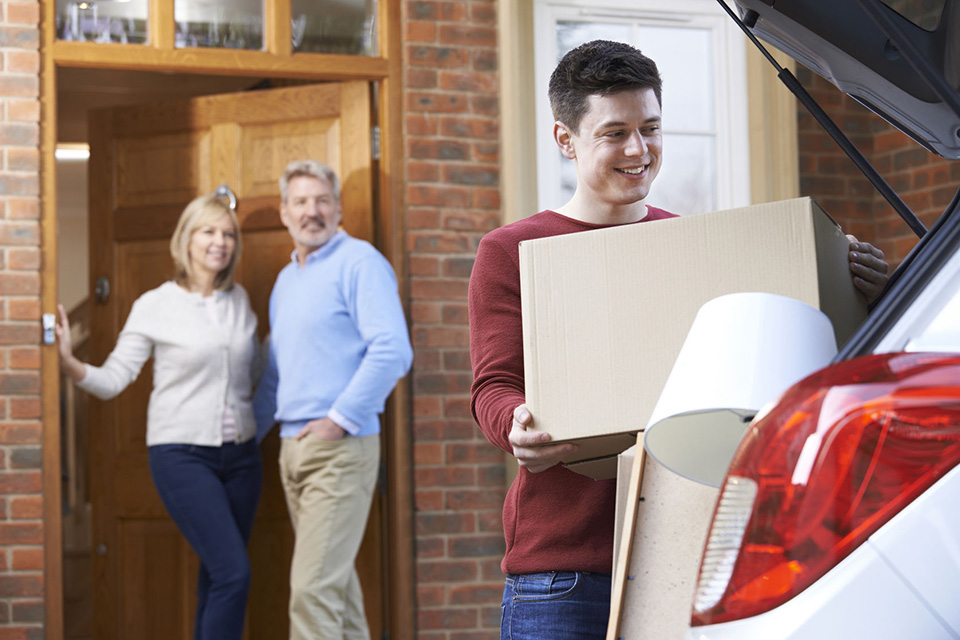 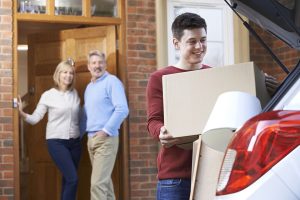 Many college students heading to Boston will be living in off-campus housing. The attorneys of Breakstone, White & Gluck share safety tips and resources.

College students are just days away from starting the Fall semester. In Boston and Cambridge, we urge students to make time for an extra lesson on safe housing. Make sure you understand your rights as a tenant and your landlord’s responsibility to maintain a safe property.

Boston and Cambridge have more than 40 colleges and universities. Because of a shortage in dorm space, many students end up in off-campus housing. Unfortunately, some find themselves dealing with unresponsive landlords who want to collect rent, without doing the work to maintain a property. If you are in this situation, it is important to remember that if a landlord is charging you rent, you have the right to a safe and sanitary apartment.

When a landlord is unresponsive and negligent, it can lead to many problems. It can result in sanitary issues, such as mold, rodents or a bug infestations. It can also lead to broken equipment (for instance, a broken smoke alarm, which needs to be addressed right away).

Porch collapses and fires are two of the most common and serious types of premises liability accidents. As a result of landlord negligence, over the past 10 years, five college students have died in off-campus fires in Massachusetts, according to the state’s website.

END_OF_DOCUMENT_TOKEN_TO_BE_REPLACED

The fire on April 26, 2013 at 87 Linden Street in Allston, the second serious fire in less than two years on the same block, is a tragic reminder of what can happen with overcrowded, substandard student housing.

The Fire Marshall will now investigate the cause of the Allston fire. In addition, The Boston Inspectional Services Division should examine whether the unit was overcrowded in violation of the Boston Zoning Ordinance, and whether housing codes and accessibility codes were violated. Enforcement of city ordinances is,
unfortunately, inconsistent, and usually after the fact. Knowing this,
landlords and realty companies frequently violate these ordinances in the name of profits. The victims are often unsuspecting college students. As a result,
students, who pay high rents, are subjected to increased risks from their overcrowded housing.

The law in Massachusetts governs how homes must be safely maintained in order to prevent personal injury to occupants of the property. In Boston, zoning ordinances require building owners to declare whether their properties are single-family or multi-family units. In either case, under Boston’s zoning ordinances, under the definition of “family,” no unit may be occupied by more than four unrelated students unless the building meets much stricter building requirements.

It is also generally illegal for a landlord to create bedrooms in basements, and it may be against code to create a bedroom in an attic. No matter how it is configured, every house or apartment must have working smoke detectors throughout the unit.

Once a unit exceeds the four unrelated-occupant threshold, it technically becomes a rooming house, which makes it subject to very strict fire-prevention regulations under M.G.L. c. 148, Sec. 26I and other regulations. For example, a rooming house must have walls and ceilings made from fire-rated materials to slow flames in the event of a fire. Smoke detectors must be in every bedroom,
and must be interconnected. Even more important, every boarding house must have a working sprinkler system. Boarding houses must also meet accessibility guideline and provide multiple means of egress for upper floors, which may include fire escapes.

Real estate brokers and leasing agents share responsibility for student overcrowding and exposure to risk from substandard housing. A quick look at any leasing agent’s website will reveal scores of units available for student occupancy which are intended to house more than four unrelated individuals. Leasing agents collect a single month’s rent, sometimes more, for their services. Since they also take the responsibility to collect signatures on leases, they know exactly how many students will be in the unit. Leasing agents simply cannot claim ignorance of the laws regarding overcrowding.

Other Cases
Injuries and death from substandard housing may also lead to criminal charges against landlords. For example, in January 2012, two absentee landlords were convicted of manslaughter after a fire in an illegal apartment in Quincy led to the deaths of three tenants. The landlords were accused of wantonly violating building and fire codes.

The question of the enforceability of rooming house regulations is also pending at the Massachusetts Supreme Judicial Court. In that case, civil claims were brought against a Worcester landlord for violation of the Worcester zoning bylaw. In that city, no more than four unrelated persons can occupy a home. The city brought the violation because there were more than four students in the unit. The decision in that case is expected to be handed down in the next few weeks.

Update: The City of Boston later cited the owner of the two-family structure, Anna Belokurova, for running an illegal rooming house and not obtaining the permits needed to create bedrooms in the basement, according to The Boston Globe. Read more.

One dead, 15 injured in Allston house fire, The Boston Globe.