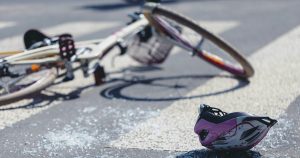 Over the past year, distracted driving accidents have seriously injured cyclists in Massachusetts and other states.

During the past few months, you may have noticed more bicyclists and fewer cars out. Massachusetts bike shops have confirmed that sales are way up since the COVID-19 emergency began. And during an uncertain time, it has been nice to see people enjoy bikes.

But now, as Massachusetts slowly re-opens the economy, driving patterns are changing again. More cyclists are out, but increasingly, so are cars. Coincidentally, traffic laws have also changed. As of April 1st, the Massachusetts hands-free driving law took effect, banning all hand-held cell phone use. Going forward, drivers must connect to voice-activated technology.

This is an important new law for cyclists, who often travel to the immediate right of a vehicle in the bike lane or roadside. When a driver doesn’t pick up a phone, this takes away an unexpected movement, a layer of danger to cyclists.

But several other layers remain. The reality is many drivers do not even realize cyclists are nearby. But cyclists are close and are vulnerable to your quick, unpredictable movements, such as when you pick up a cell phone, reach into your glove compartment or open a fast-food bag as you drive. Or when you tend to your children or other passengers.

If you are a Massachusetts driver, now is the time to set up your vehicle for hands-free cell phone use. Commit to follow the new law and drive safely.

Also commit to check for cyclists. When you stop at a traffic light or stop sign, check in front of you, to each side and behind you. Bicycle accidents often happen because cyclists are approaching from behind cars. Many drivers neglect to look there. Drivers are less likely to look if they are focused on their cell phone or texting while driving.

Many communities are expanding sidewalks or changing traffic patterns to make room for social distance. This means you may encounter cyclists in new areas. Approach slowly, with caution and patience.

Over the past year, there have been several news stories about distracted driving, leading to cyclist injuries and deaths. Even as states such as Massachusetts and Maine have strengthened laws, the number of distracted accidents continues to rise.

On March 26th, just days after the Massachusetts stay at home advisory took effect, there was a tragic crash on an Ipswich Road. According to the The Boston Globe, a 43-year-old driver fatally struck a cyclist in the North Shore community, also injuring two other family members on bikes. Ipswich Police and the Essex County District Attorney’s office announced the driver has been cited for motor vehicle homicide by negligent operation, marked lanes violation and composing, sending and reading an electronic message. A clerk magistrate will decide whether a criminal complaint will be issued.

In April 2019, a Pennsylvania woman was accused of texting while driving. Penn Live, a local news website, reported she struck a male cyclist in Mount Joy Township. Forensic analysis determined she had sent a text message a minute before the crash. She received a message, then tried to call 911, as a neighbor also called in.

The cyclist died from multiple traumas nine days later. In this case, the driver was charged with felony homicide by vehicle, misdemeanor involuntary manslaughter, and cited with traffic citations in the crash, according to Penn Live.

In January 2020, a Florida woman pleaded no contest in a fatal crash which killed two cyclists and seriously injured several others. In November 2018, the woman had struck the group of 14 cyclists with her vehicle. They were members of a local bicycle club riding in Davie, a community in Broward County.

According to the Sun Sentinel newspaper, the woman admitted to reaching into her glove compartment for her cigarettes. She also said she was temporarily blinded by sun glare. Police allege the woman was also traveling 70 mph on a 55 mph road when she struck the cyclists. This was a horrific crash and many involved were deeply upset with the outcome. In this case, local prosecutors maintained the woman’s actions did not warrant a criminal charge of motor vehicle homicide, according to the Sun Sentinel. So the driver pleaded no contest to careless driving, leaving court with orders to pay a $1,000 fine and complete 120 days of community service. She also lost her driver’s license for six months.

At Breakstone, White & Gluck, our Boston bicycle accident attorneys have more than 100 years combined experience. We represent cyclists and others who have been injured by distracted driving, including a driver’s negligent use of a cell phone.

Distracted driving accidents can seriously injure cyclists. We urge you to act right away if you suspect a driver’s cell phone use may have caused your injuries. If you or a loved one was injured, it is important to consult an experienced lawyer to learn your rights. You may be entitled to pursue financial compensation for your medical bills, lost wages, pain and suffering and other financial losses.

END_OF_DOCUMENT_TOKEN_TO_BE_REPLACED 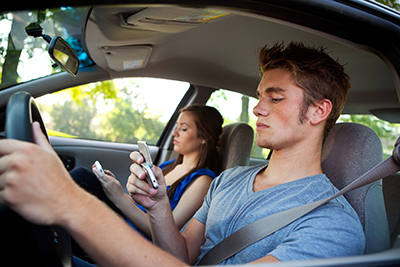