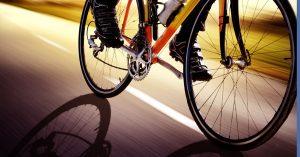 In Boston, we have seen numerous cyclists killed when truck drivers and companies are neglect to look. In 2014, the Boston City Council took strong action, passing the first-in-the-nation truck sideguard ordinance. All city-owned and city-contracted trucks must now be equipped with sideguards, convex mirrors, crossover mirrors and blind-spot awareness decals.

Today, as you drive through Boston,  you will see large trucks with sideguards. But Boston – and Somerville and Cambridge have similar regulations – can only influence safety within the city. This is why many – including Breakstone, White & Gluck – support passing statewide legislation requiring sideguards protect cyclists and pedestrians from being swept under trucks. While this proposal would only impact state-owned and operated trucks, this could protect many cyclists and potentially encourage private industry.

MassBike is advocating for the passage of  “An Act Relative to Improving Safety on the Roads in the Commonwealth,”  which will protect cyclists on Massachusetts roads. If you support the organization’s work, visit the MassBike website and learn how to contact your local legislators and voice your support.