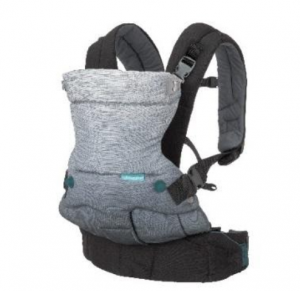 Parents place a great deal of trust in baby carriers to support their children. However, you should now check yours because it may not be as safe as you think.

The Consumer Product Safety Commission (CPSC) issued a Feb. 6th recall notice for about 14,000 Infantino baby carriers sold by Amazon and Target between Nov. 15 and Dec. 20, 2019. Because the recalls took place over the holiday season, parents could have purchased a baby carrier or received one as a holiday gift.

While no injuries have been reported, the buckles on the infant carriers can break, causing a child’s fall. Parents should stop using the front-facing baby carriers and request a free replacement.

The Infantino carriers have a black or gray body, with black straps, and a front pocket. Look for the code sewn inside the carrier. This is the place to start because baby carriers often look similar.

As you check if your baby carrier was recalled, look around your home for other children’s products, such as strollers, car seats, cribs and other baby furniture. Take a minute to visit the CPSC website and type in the product name. This is a good time of year to check children’s products because you may be using some of them more in the nice weather.

Children’s products have a high rate of recalls so it is best to check a few times of year and follow the news and the CPSC website. Manufacturers do not always contact parents directly and there are times parents may be using a hand-me-down recall product, making it harder to track product recalls or news about injuries.

But so far, 2020 has been a year to follow recall news. Just as the holiday season ended, a series of children’s product recalls began. On January 16th, the CPSC announced the recall of 2,000 “Baby Trend” strollers sold by Amazon and Target. Those too could drop children should the stroller hinge joints release and collapse under pressure.

Then on January 29th, the CPSC announced the recall of 165,000 infant sleepers from Summer Infant, Graco, Delta Enterprise Corp. and Evenflo. The inclined sleepers are the latest recalls in the wake of the Fisher-Price Rock ‘n Play, which was recalled in April 2019.

As authorities continue to investigate, families have reported more than 70 infant deaths in inclined infant sleepers. University of Arkansas researchers have studied these sleepers and recommended infants sleep on flat surfaces or less than a 10 degree incline if any. The Fisher-Price Rock ‘n Play and other sleepers placed children at a 30 degree incline, creating a risk for suffocation when infants attempted to turn.

Breakstone, White & Gluck has obtained record results for plaintiffs in Massachusetts cases involving personal injury, medical malpractice and product liability. If you or a loved one has been injured by an unsafe or defective product, our attorneys can advise you of your legal rights to seek compensation. For a free legal consultation, contact our product liability attorneys at 800-379-1244 or 617-723-7676 or use our contact form.

END_OF_DOCUMENT_TOKEN_TO_BE_REPLACED 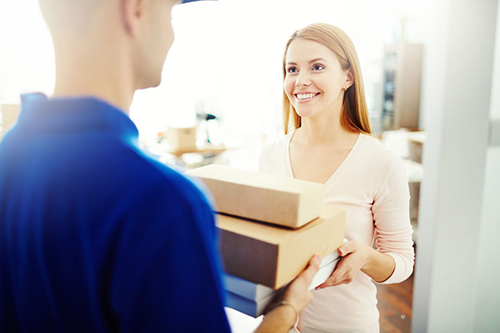 Check your package to make sure it’s safe and contains what you ordered. That’s one of several warnings about product safety as students head back to school in Massachusetts.

Parents, as school begins, there are good reasons to double check your child’s backpack, daycare program and dorm room, as well as online purchases. There have been several recent recalls and news reports about unsafe products, providing warnings for children of all ages.

Dangerous Products on Amazon. It’s convenient to place a quick order on Amazon and see the package arrive in no time. But a Wall Street Journal investigation has found the retailer is actually selling thousands of unsafe products. These products have been declared unsafe by federal agencies, are deceptively labeled or are banned by federal regulators. The Journal’s investigation documented 4,152 dangerous products, including toys and medications, according to news reports.

Amazon draws the majority of its business from third-party merchant sales and the report questions Amazon’s oversight of these sellers. Meanwhile, the company has reportedly removed some of the products and said it is committed to consumer safety, investing over $400 million toward these efforts in 2018.

Always do your research when making online purchases and open packages as soon as they arrive. Check that the packaging matches what appears online. Parents should carefully inspect the age recommendations and take inventory of unexpected pieces and parts that could cause choking and other injuries.

Contigo Water Bottles. Contigo has recalled 5.7 million of its Contigo Kids Cleanable Water Bottles, saying they can detach and pose a choking hazard. The Chicago-based company has received 149 complaints, including 18 reports of children found with the detached spout in their mouths. Contigo will provide a free replacement lid for the products. Read more.

Infant Sleepers. Fisher-Price issued a product recall for the Fisher-Price Rock ‘n Play sleepers back in April. But the unsettling news is some of the recalled cribs are still in use. In a survey of 376 daycare centers, one in four were still using at least one of Fisher-Price’s recalled sleepers, according to USA Today. This report just came out in the last few days.

Battery-Operated Skateboards. We want to mention a news headline out of Ohio because while it’s several states away, it provides an important warning for Massachusetts parents of college students. On Tuesday, a battery-operated skateboard sparked a 5th floor dormitory fire at the University of Cincinnati, causing a reported $20,000 in damage to Calhoun Hall, a 12-story structure housing hundreds of students. Fortunately, no injuries were reported. Officials have not identified the product which caused the fire, but the incident is a reminder that dangerous products can have a far more devastating effect in college housing. Read and follow the college’s guidelines on products which are not permitted.

Stay Informed About Product Recalls
Because there is nothing more critical than your child’s safety and well-being, we urge you to check the Consumer Product Safety Commission website to learn about other recent recalls. To stay informed, you can sign up for regular email alerts about product recalls or visit the CPSC website periodically.

Contact a Boston Product Liability Attorney
Breakstone, White & Gluck has represented those injured by defective products in Massachusetts for more than 25 years. We periodically share information on product recalls and unsafe products to help prevent injuries before they happen.

If you or a loved one have been injured by a defective product, seek immediate medical attention. Preserve the product and contact an attorney to learn your legal rights.

END_OF_DOCUMENT_TOKEN_TO_BE_REPLACED 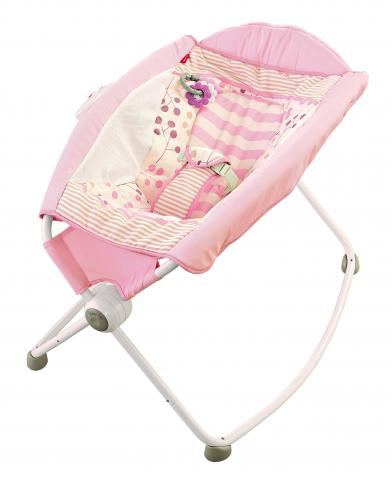