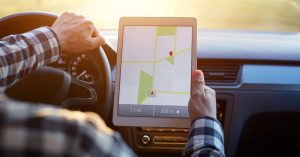 Jaywalking Bill. On Beacon Hill, Rep. Colleen M. Garry, D-Dracut, has proposed Bill  H.1834, which would allow cities and towns to impose stronger penalties against jaywalking. The current penalty is $1, which isn’t much of a deterrent. But this new bill proposes:

Massachusetts is not the only state considering action. In New York, the State Assembly passed a law for New York City to study the problem. As of last month, the City of Honolulu began ticketing pedestrians who are texting or reading from a cell phone. The price? Up to $99 per violation.

This is a controversial topic. We will be among those watching the State House this week.

Traffic Detour Apps. WBZ reported on Monday that drivers are continuing to make use of apps such as Waze and Google Maps, which help them find the shortest route (Note: Waze was actually acquired by Google in 2013). But regardless of the specific brand name, police departments say these apps are a safety issue because they change traffic flow and draw large amounts of traffic to residential roads.

Now cities, such as Medford, Cambridge, Brookline and Belmont have taken action, by closing off roads or posting no turn signs.

Here are a few notes for your commute:

These are two stories for every commuter to follow. We will write more about both topics in the weeks and months to come.

About Breakstone, White & Gluck
The Boston car accident attorneys at Breakstone, White & Gluck have over 100 years combined experience representing pedestrians, cyclists, drivers and passengers who have been injured by negligent drivers. If you or a loved one has been injured, learn your rights for seeking compensation. After a car accident, you may incur medical expenses, have to take time off from work and no one can predict how long recovery will take. For these reasons, it is important to contact an experienced Boston car accident lawyer.