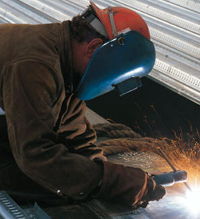 Fifty eight workers lost their lives on the job last year in Massachusetts. The average fine in closed investigations into those deaths was less than $7,000.

The Massachusetts Coalition for Occupational Safety and Health (MassCOSH) released the figure in its annual report at Workers’ Memorial Day on April 28. In “Dying for Work in Massachusetts,” the group reported firefighters and construction workers again account for the majority of workplace deaths in Massachusetts. The group called for reforms such as strengthening OSHA regulations to prevent construction accidents and passing new state laws to protect temporary workers.

“It is deplorable that so many workers still die or are severely injured in workplace accidents,” said Boston personal injury lawyer David White of Breakstone, White & Gluck. “Employers must be held accountable when they fail to follow safety requirements and cause injuries or deaths.”

Breakstone, White & Gluck is a proud sponsor of MassCOSH, an organization with a great reputation for protecting workers and improving workplace safety.

In 2011 in Massachusetts, the average fine in the death of a worker was $6,490. MassCOSH said this low cost encourages employers to disregard OSHA regulations.

Thirteen firefighters died in 2011, two as the result of injuries sustained while responding to fires. Another firefighter was crushed while performing routine vehicle maintenance. Ten others died due to work-related cancer and heart disease.

MassCOSH reports workers are dying in four ways: motor vehicle accidents and incidents; construction falls; workplace violence and drowning. Falls from ladders, roofs and trees accounted for 20 percent of all workplace deaths. Construction accidents were involved in 14 percent of workplace deaths, including three men who were killed in electrocutions and explosions.

MassCOSH Reforms
The advocacy organization for workers’ rights is calling on state and federal lawmakers to make a number of changes. These include:

Proposed Changes at the Federal Level:

Proposed Changes at the State Level:

END_OF_DOCUMENT_TOKEN_TO_BE_REPLACED

The Supreme Judicial Court (SJC) today affirmed the right of an employee of an uninsured subcontractor to bring third party claims against the general contractor, even if the general contractor has made workers’ compensation payments pursuant to G.L. c. 152, § 18. The case was an important victory for workers injured in construction accidents.

The defendant argued that the statutory scheme prevented the plaintiffs from making third party claims once they had accepted lump sum workers’ compensation settlements pursuant to G.L. c. 152, § 23, which ordinarily bars workers from maintaining negligence claims against their employers if they have accepted workers’ compensation benefits. While this argument had persuaded the trial court, which granted summary judgment for the defendant, the ruling had been overturned by the Appeals Court. Wentworth v. Henry C. Becker Custom Bldg. Ltd, 76 Mass.App.Ct. 507 (2010).

The SJC granted further appellate review and affirmed the Appeals Court ruling, which reversed the summary judgment for the defendant.

Click here for more information on this case.
END_OF_DOCUMENT_TOKEN_TO_BE_REPLACED