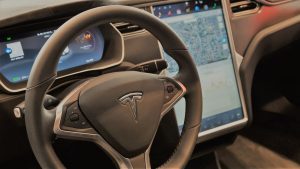 New data shows self-driving cars and driver-assisted systems were involved in hundreds of car accidents over a 10-month period. Tesla vehicles were tied to 70 percent of these car crashes.

Of 392 crashes, 273 involved Tesla vehicles operating with Autopilot, Full Self Driving or related features, according to the National Highway Traffic Safety Administration (NHTSA). Six people were killed while others were injured. The crashes ranged from serious collisions to fender benders or smaller incidents.

Last year, the NHTSA issued an order requiring automakers to report car accidents involving vehicles with driver-assist systems or fully-automated vehicles being tested on public roads. This is the first data release under the order and an NHTSA official cautioned the public not to make conclusions yet.

The data covers just 10 months, but provides no context on the total number of vehicles each manufacturer has on the road with automated technologies.

Tesla has about 830,000 vehicles with driver-assisted technologies on the road, according to The New York Times. But other companies, such as Ford and GM, also have technologies that allow hands-free driving in certain situations. They have sold fewer models.

In addition, automakers have long sold cars, trucks and SUVs with some level of driver-assist systems, such as cruise control or automatic braking when traffic ahead slows. With this data release, the NHTSA said it plans to keep collecting data on auto crashes involving these features and technologies, as a guide for future safety requirements.

The data comes as the NHTSA investigates years of car crash reports involving Tesla’s Autopilot feature. On June 9, the agency announced it was expanding the probe to include all four Tesla cars – Model S, Model X, Model 3 and Model Y – from 2014 and 2021, according to The New York Times.

The agency said it was upgrading its preliminary evaluation to an engineering analysis, a step required before a safety recall, according to The New York Times. The NHTSA has set a one-year timetable for the review.

The Texas-based company designs the world’s most popular luxury vehicles, many of which use the Autopilot technology to perform key aspects of driving, such as steering, accelerating and braking automatically within the lane. The NHTSA is investigating whether the Autopilot fails to prevent drivers from diverting their attention from the road and engaging in other unsafe behaviors.

This wouldn’t be the first Tesla recall. In November 2021, Tesla recalled almost 12,000 vehicles from its Full Self Driving beta test. This was a version of Autopilot designed for city driving. The company reported a software update could unexpectedly activate a vehicle’s emergency brakes.

Tesla crashes have made headlines across the country.

State Police called the behavior “extremely dangerous” and said the driver would be subject to criminal charges if they ever identified and located him. That never happened.

But State Police caught the driver in a Tesla self-driving crash in West Bridgewater in 2020.

According to news reports, a state trooper pulled over a college student in an SUV on Route 24 in West Bridgewater. A Tesla driver slammed into the trooper’s cruiser, then hit the 21-year-old’s vehicle as she reached for her registration. The driver was reportedly operating in Tesla’s Autopilot mode, according to a NBC Boston report. He was charged with negligent operation.

Breakstone, White & Gluck has over 125 years of combined experience successfully obtaining record recoveries for clients injured by negligent driving. Our attorneys are experienced in handling cases involving car accidents and commercial truck crashes across Massachusetts. We represent clients at all stages of motor vehicle accident cases, from insurance claims through to trial and appeal, if necessary.