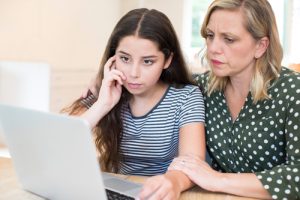 National Teen Driver Safety Week will begin Sunday. While your teen may learn about this topic at school, parents can also become involved and learn alongside teens. Parents influence their children in many ways. If you can influence the discussion on safe driving, you could save a life.

It’s a well-known and tragic fact: motor vehicle crashes are the leading cause of death for teens. In 2017 alone, 2,526 teens were killed in crashes, according to the to the National Highway Traffic Safety Administration (NHTSA).

We are going to write about graduating licensing laws because these are the foundation for teaching teens to drive safely. All 50 states have a law in place, but these vary in restrictions, according to the Insurance Institute for Highway Safety (IIHS). Florida was the first state to adopt a graduated licensing law for teens in 1996. Massachusetts lawmakers approved a Junior Operator Law in 2007, which increased driving training requirements and penalties.

The law places restrictions on teens with licenses between the ages of 16 ½ and 18. First, as you may know if you are a parent, teens have to obtain a learner’s permit. Next comes 30 hours of classroom training on Massachusetts motor vehicle laws and safe driving techniques. Beyond the classroom, there is another 18 hours of instruction, including 12 hours behind-the-wheel and 6 hours of observation.

Here are some of the restrictions under the Massachusetts Junior Operator Law:

Passenger Restriction. Teens are not allowed to drive with other passengers under age 18 until they have been licensed for 6 months. There is an exception for siblings.

Night Driving Restriction. Another restriction is teens cannot drive between the hours of 12:30 a.m. and 5 a.m.

Cell Phone Use Restriction. Teen drivers cannot use cell phones or mobile electronic devices. Texting while driving is also prohibited, for all other drivers in Massachusetts.

Fewer Teen Drivers
In recent years, Massachusetts has actually reported a reduction in teen deaths and non-fatal injuries in drivers age 16 and 17. This is a positive development, except when you look closer. There has actually been an increase in hospital rates for crash injuries in drivers between 18 and 20 years old. The state and a Boston Globe analysis attribute this to the fact that many teens are now waiting to get their license until age 18. By doing so, teens can skip driver’s education, which became more expensive and time-consuming when the Junior Operator Law took effect.

If your teen delayed getting their license, make sure they take time to learn the fundamentals and get the practice they need. Driver’s education is a critical component to developing a safe driver.

About Breakstone, White & Gluck – Experienced Boston Car Accident Lawyers
The Boston personal injury lawyers at Breakstone, White & Gluck specialize in representing those injured in motor vehicle crashes in Massachusetts. With over 100 years combined experience, our car accident lawyers have the expertise to guide our clients to the best financial results in case involving motor vehicle accidents and truck crashes.