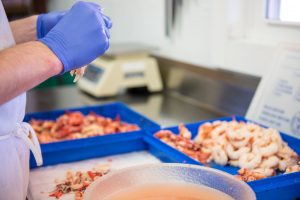 Improper food preparation is one source of food poisoning.

Chicken & Rice Guys shutdown restaurants and food trucks in Boston and Medford earlier this month for more than a week, after 14 people became ill with E. coli. Ten people had to be hospitalized. Given the widespread food poisoning outbreak, it is likely that there will be liability claims against Chicken & Rice Guys for the poisonings.

According to The Boston Globe, the illness was caused by the Shiga toxin-producing Escherichia coli 0157:H7, the most common strain of E. coli in the United States. The Mayo Clinic reports a person can contract this type of E. coli through: