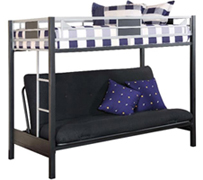 It’s important to know who’s providing your medical treatment and their safety record, but many Massachusetts health care consumers fail to ask the question.

The good news is the information is just a few keystrokes away. The Massachusetts Board of Registration in Medicine offers Massachusetts consumers the Physician’s Profile database right online.

Click here to learn more about what you’ll find on the Massachusetts physician database and for a link to the site.
END_OF_DOCUMENT_TOKEN_TO_BE_REPLACED

Summer is here and that means it is time to enjoy the pool – and think safety. Each year, thousands of children are injured in the pool and hundreds lose their lives in drowning incidents. So while we want you to enjoy your pool this summer, we ask you to commit to protecting your children and family.

Keep these safety tips in mind:

The statistics from this article come from the Consumer Product Safety Commission and is available here.