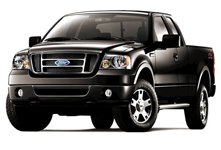 Honda will begin contacting U.S. consumers at the end of August about updating the software. The update will be free.

The Boston car recall lawyers at Breakstone, White & Gluck are experienced in handling cases involving recalled or defective automobiles. We have over 80 years experience handling complex product liability cases. If you have been injured as the result of a defective or recalled vehicle, contact us today for a free legal consultation at 617-723-7676 or use our contact form.