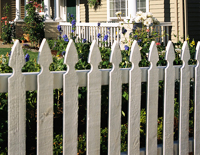 A new study shows the property/casualty insurance industry creates periodic crises in which insurance becomes unaffordable or unavailable. It alleges the industry is currently trying to create such a crisis now to drive up profits.

The study was undertaken by the Americans for Insurance Reform (AIR), a coalition of nearly 100 consumer and public interest groups which represent more than 50 million people. Casualty and property insurance is important because it provides coverage for accidents for individuals, businesses and governments. Rate hikes could stifle their ability to operate and prevent accident victims from obtaining fair compensation.

The Study
The study is called “Repeat Offenders: How the Insurance Industry Manufactures Crises and Harms Americans.” It presents data showing the typical insurance rate cycle for and the dramatic rise in insurers’ current surplus – the amount insurers set aside to pay estimated future claims. In 2010, the insurers had an all-time high $580 billion surplus on hand, more than double the amount in 1996.

The United States has been in a “soft market,” since 2006, during which insurance rates have been stable and dropped in states where no tort reform has been enacted.

But the AIR report states in early 2011, the insurance industry began pushing the country into a “hard market,” when rates skyrocket and become unaffordable. It says the insurance industry is attempting to use Hurricane Irene as another push into a hard market. The next step, AIR says, is the insurers will deny the cycle’s existence and hire lobbyists who call for tort reform legislation.

Call for Action
AIR is releasing its report to all 50 state insurance commissioners, the new Federal Insurance Office and key members of Congress. It calls for the following steps to protect property owners, car owners and business owners who carry insurance as well as accident victims:

Data Disclosure. AIR calls on the industry to provide meaningful insurance data to state insurance departments. They ask that officials be allowed to substantiate or refute allegations about the industry’s health for accident coverage and recent legal action.