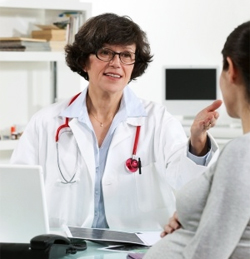 Janssen Pharmaceuticals, a unit of Johnson & Johnson, has been ordered to pay $11 million to a mother who was prescribed Topomax and gave birth to a son with a cleft lip. It is the second recent multi-million dollar verdict involving Topomax, an anti-epilepsy drug.

In this case, Haley Powell’s lawyers argued Janssen failed to adequately warn her doctors that Topomax use could lead to birth defects, but said the company had long known. The lawyers stated animal studies as far back as the 1990s showed the risks for birth defects. A jury in the Court of Common Pleas in Philadelphia County awarded the verdict on November 18.

In 2007, a year after Powell began taking Topomax, she gave birth to her son Brayden. Now 5 years old, he faces at least five surgeries before age 21 to repair the defects and nasal deformities it has caused, her lawyers said.

There are 134 Topomax lawsuits pending in Philadelphia. Janssen said it will appeal the Powell verdict along with another one from Oct. 30. On that day, a Philadelphia jury awarded April Czimmer $4.2 million for her son’s cleft lip/cleft palate.

About Breakstone, White & Gluck
The Boston birth injury lawyers at Breakstone, White & Gluck have over 100 years combined experience handling cases involving defective medications. We serve all of Massachusetts, including Boston, Cambridge, Quincy, Malden, Stoneham, Winchester and Arlington. If you have been injured, it is important to learn your rights for seeking compensation. For a free legal consultation, contact us at 800-379-1244 or 617-723-7676 or use our contact form.