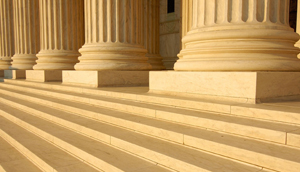 END_OF_DOCUMENT_TOKEN_TO_BE_REPLACED

Good news for trial advocates and their clients: Massachusetts courts are continuing to expand voir dire of prospective jurors. But Massachusetts state courts still lag behind courts in other states when it comes to screening citizens for possible selection on juries in our civil and criminal trials. The vast majority of states outside of the commonwealth permit a process whereby the judge and the attorneys inquire of potential jurors regarding their attitudes and beliefs on issues involved in the case. This process, called voir dire, is an important tool for identifying individuals who may have strong feelings or biases which would prevent them from fairly deciding the issues in the case.

Until recently, most judges in the Massachusetts state courts would simply ask a series of vague and basic questions to the entire prospective jury panel, which, in essence, asks the individuals to evaluate whether or not they can be fair and follow the court’s instructions. The system had one advantage: it was fairly quick. But the basic statutory questions are notorious for failing to eliminate potentially biased jurors.

States such as Rhode Island and New York permit extensive questioning by attorneys in the case directly with the prospective jurors. Voir dire in those states allows the attorneys on both sides to ensure that jurors with potential bias are not seated in the case.

In the last five years, the majority of judges in Massachusetts have begun a modified approach called “individual voir dire.” These judges bring each prospective juror to the side bar where the judge questions them about their beliefs and attitudes related to the issues in the case. Some of these judges allow attorneys to ask questions in follow up. Others allow attorneys to conduct the entire voir dire process. Most judges have found that this process is as efficient and expeditious as the old standard questions approach. In those cases where the process takes a little longer, there is the benefit of having a better jury for the case.

Under the new approach, judges are asking open-ended questions designed to encourage prospective jurors to express their feelings and beliefs. The basic premise of voir dire is that not every citizen is right for every case. For example, the parent of three young girls might not be an appropriate juror for a criminal case involving sexual assault on a minor. Similarly, an individual who feels there are too many frivolous lawsuits, might not be appropriate for a significant personal injury trial.
END_OF_DOCUMENT_TOKEN_TO_BE_REPLACED