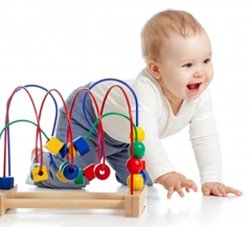 Many of us worry about buying unsafe toys during the holiday season. This concern has merit. In 2011 alone, more than 262,000 toy-related injuries were reported and another 13 children were killed while playing with dangerous toys, according to the Consumer Product Safety Commission (CPSC). This year, the CPSC reports toy recalls are down, but toy-related injuries have risen.

What to remember when you shop:

Choose Age-Appropriate Toys. Toys should have labels explaining age recommendations and other important warnings, such as “Flame retardant/Flame resistant.” The CPSC recommends avoiding toys with small pieces for children under age 3. They pose a choking hazard. For older children, avoid playsets with small magnets and balloons.

Buying Toys Online. Read instructions for use carefully. If you are buying from Amazon or eBay, remember those websites are only shopping forums. Take note of which company is selling the product.

Sharp Pieces.Toys designed for children under 8 years of age should not have sharp glass or metal edges.

Shattered Pieces. Set aside any toy that looks like it could easily shatter into small pieces and cause choking, cuts or other serious personal injuries.

Magnets.Toys with small magnets are dangerous to children. When children swallow one or more, the magnets can pull together and cause internal injuries, resulting in vomiting, abdominal pain and infection. In the past few years, children have suffered serious injuries and even death. In response, the CPSC has started a Magnets Information Center.

Loud Noises.Toy guns, tablets and talking dolls can damage a child’s hearing over time if used too closely.

Cords and Strings. Toys with long cords and strings can cause strangulation. Carefully consider this before you buy crib gyms, baby mobiles and swings. If a child can reach a baby mobile, it should be removed.

Batteries. Make sure an adult, not a child oversees battery charging for any toys or electronics. Avoid toys with small button-cell batteries, which can be easily swallowed and cause burning, esophagus pain and vomiting among other symptoms. Also be aware of other appliances, such as remote controls, which use these small batteries.

Sports Equipment. When you buy a sports-related toy, make sure you also buy the safety equipment, such as bike helmets for bikes. Children are required to wear bike helmets in Massachusetts until age 16 and if an accident were to occur, they are an important tool for preventing a lifelong head injury. 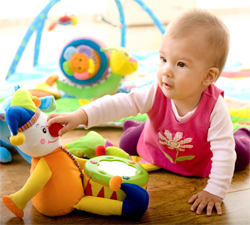 For a quarter century, the U.S. PIRG Education Fund (U.S. PIRG) has educated the public about toy safety for the holiday shopping season.

This year, U.S. PIRG’s “Trouble In Toyland: The 26th Annual Survey of Toy Safety,” warns consumers about over a dozen potentially dangerous toys, including those with dangerous levels of lead, phthalates and cadmium. Other warnings were issued for toys posing choking and strangulation hazards as well as those that create an excessively loud noise. The Boston product liability lawyers at Breakstone, White & Gluck urge you to glance at the report’s findings before you do your holiday shopping:

Toys With Dangerous Lead Limits. Lead has been banned in paint, children’s products and cookware in the United States since 1978, but it remains a problem in toys which are imported from other countries. Between October 2010 and November 2011, nearly 200,000 toys were recalled because of excessive lead limits, U.S. PIRG reported.

Phthalates in Toys. Exposure to phthalates has been linked to have adverse health effects for children in the womb, including premature delivery and reproductive defects. U.S. PIRG identified two toys with limits exceeding the amount allowed by the Consumer Product Safety Improvement Act of 2008. The two toys include the Funny Glasses, manufactured by Joking Around, and the Sleep Mask, manufactured by Claire’s. Both exceed the 1000 ppm of banned phthalate standard.

Cadmium. Cadmium is a frequent additive in children’s jewelry. In response to a legal action in September, retailers agreed to sell only products that have less than 300 ppm cadmium. U.S. PIRG found no cases of noncompliance, but urged the Consumer Product Safety Commission to proceed with setting limits for cadmium in children and toy jewelry.

Choking Hazard. Choking on toys with small parts is the leading cause of toy-related deaths and injuries. Between 1990 and 2010, over 200 children in the United States died from choking.