The medical device manufacturer plead guilty Monday, April 5 and will learn over the next few weeks whether U.S. District Judge Donovan Frank will accept a proposed $296 million plea deal – the largest criminal assessment ever proposed against a medical device company.

The Department of Justice accuses Guidant of changing the design of its implantable cardioverter defribrillators, or ICDs, and failing to notify the Food and Drug Administration (FDA) of subsequent problems that lead to a Class 1 medical recall – the most serious category which indicate a defective product has the potential to cause serious personal injury or wrongful death.

Guidant’s implantable cardioverter defribrillators, Ventak Prizm 2 DR and Contak Renewal 1 and 2, were designed to monitor patients for abnormal heart rhythms and deliver electric shocks to keep the heart beating properly. But Department of Justice officials say Guidant discovered as early as 2002 that Ventak had the potential to suffer an electric arc, which could short-circuit the device. Although problems continued with the defribrillator, Guidant didn’t issue a warning until 2005. In at least seven cases, the devices failed to issue a lifesaving shock and the patient died.

Attorneys for the affected patients are now urging the court to reject the plea deal because it will not provide restitution payments to victims.  The government prosecutor has argued that the victims have other remedies for compensation and that the applicable law does not require restitution.  The prosecutor points to the fact that most of the victims have settled civil suits with the company and the company has paid out over $650 million in settlement and warranty payments.  Additionally, $42 million of the plea amount is forfeited funds and victims can petition the Justice Department for their share.

For more information on the plea deal, see this Boston Globe article and this Star Tribune article.

END_OF_DOCUMENT_TOKEN_TO_BE_REPLACED

The US Consumer Product Safety Commission (CPSC), in cooperation with Infantino LLC of San Diego, have announced a free replacement program for two models of defective infant slings. One million of the defective products are being recalled after the three wrongful deaths of infants due to incidents of suffocation.  CPSC is aware of the deaths of a seven week old in Philadelphia, a six day old in Salem, OR, and a three month old and Cincinatti, OH.  CPSC advises consumers to immediately stop using these slings for infants younger than four months of age due to a risk of suffocation and contact Infantino for a free replacement product. 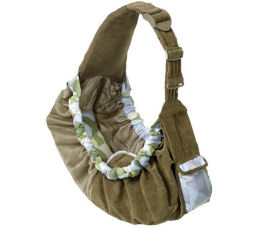 The affected sling models are the “SlingRider” and the “Wendy Bellissimo.”  Infantino LLC sold the slings in the United States from January 2003 through March 2010 at Walmart, Burlington Coat Factory, Target, Babies “R” Us, BJ’s Wholesale, various baby and children’s stores and other retailers nationwide, and on Amazon.com, for between $25 and $30.  The slings were manufactured in China and Thailand.  Consumers should contact Infantino to receive a free replacement product.

CPCS has also released a general warning about sling carriers for babies as they pose two risks of suffocation.  The sling’s fabric can press against an infant’s nose and mouth, blocking the baby’s breathing. Additionally, where a sling keeps the infant in a curled position bending the chin toward the chest, the airways can be restricted.  CPCS is working with concerned companies to develop safety standards for baby slings.

For information on obtaining a free replacement product, visit www.infantino.com.

To report an incident involving a recalled product, file an incident report at https://www.cpsc.gov/cgibin/incident.aspx.

To eliminate the risk of danger, parents should either remove the drawstring from the hood, or return the garment to the place of purchase or the manufacturer for a full refund.  The CPSC issued guidelines in 1996 for children’s upper outerwear and the industry voluntarily incorporated these standards in 1997.  The guidelines provide additional information and advice on how to eliminate the risk of strangulation from hooded outerwear.

To report an incident involving one of these garments, or a similar garment, file a consumer product incident report with CPSC.

For more information on the Weeplay Kids recall, see http://www.cpsc.gov/cpscpub/prerel/prhtml10/10142.html

END_OF_DOCUMENT_TOKEN_TO_BE_REPLACED

Toyota faced another round of bad news this week with the announcement today of a probe by the National Highway Traffic Safety Administration (NHTSA) into braking problems in the popular Prius hybrid model. NHTSA has received at least 124 complaints about momentary braking problems in the defective vehicles. As least four car crashes have been reported. The problems are apparently associated with speed bumps, potholes, and icy roads–three things Massachusetts drivers see plenty of. The investigation concerns the 2010 Prius model year.

The Prius investigation is the third in a string of product defect recalls which are tarnishing Toyota’s reputation for safety and reliability. On top of that, it seems that Toyota has been less than forthright about the problems in its cars. According to CNN (February 4, 1010), “Toyota has known about brake problems in its popular Prius cars for some time, going so far as to fix it in new production vehicles, but has kept Prius drivers in the dark about the problem until the Japanese government called for an investigation.”  And the sticking gas pedal was first blamed on floor mats, and then later extended to the mechanics of the pedal itself. The Federal government has now demanded that Toyota demonstrate that the problem isn’t more serious, and that it does not include other parts of the throttle control systems. Defects relating to the gas pedals have been linked to several wrongful deaths.

U.S. Transportation Secretary Roy LaHood set off a brief panic on February 3rd when he said owners of the defective Toyotas should “stop driving them.”  He later clarified his statement, saying instead that owners should have them repaired as quickly as possible.

NHTSA itself has been criticized for its slow response to consumer complaints about Toyota acceleration problems, some of which date back to 2003. According to Joan Claybrook, a former head of NHTSA, several investigations were opened, then closed based upon information provided by Toyota. According to NPR, she said, “I think as a result, some people have been killed and injured that wouldn’t have otherwise.” (NPR, Feb 4, 2010.)

This week Toyota finally began shipping replacement parts to dealers for the gas pedal recall. Checks with some dealers in Massachusetts revealed that free rental vehicles are available. If the dealer does not have the part, it should still provide you with a free car should you choose to leave it at the dealer for repair. Many Massachusetts consumers are rightfully fearful that their car could be involved in a motor vehicle accident.

The same courtesy should apply to the defective Prius models, and consumers should feel free to demand that the dealer provide them with a safe, alternative vehicle until their cars are fixed.

Models affected by the recall include:

Much additional information on the Toyota recall is available from the NHTSA website, www.nhtsa.gov.