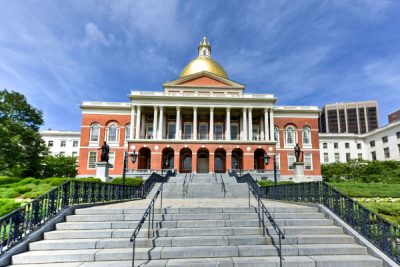 END_OF_DOCUMENT_TOKEN_TO_BE_REPLACED

It was painful to learn of the New Hampshire truck crash which killed seven motorcyclists and injured three others last weekend. That one crash could injure so many is heart-breaking and we send our deepest condolences to the families.

The horrific accident happened Friday night in the community of Randolph, New Hampshire. The motorcyclists belonged to the Jarheads MC, a motorcycle club for Marine Corps veterans and close friends, according to The Boston Globe. The group was reportedly traveling to their annual meeting eastbound on Route 2 when they were struck by the truck traveling west. Reports said the truck crossed the double yellow line.

By Monday, the driver – a 23-year-old Springfield, Mass. man – had been charged with seven counts of negligent homicide in the case. Massachusetts State Police took Volodoymyr Zhukovskyy into custody at his home. He was then taken to Springfield District Court, where he waived extradition to New Hampshire.

New Hampshire authorities are still investigating the cause of the crash, but there are questions about whether Zhukovskyy should have been driving at all following his arrests on OUI charges last month and back in 2013, according to news reports. Meanwhile, his employer, Springfield-based Westport Transport is said to be cooperating with police.

While this type of collision causing so many injuries is rare, motorcycle crashes are not, especially during the summer in New England. Per mile, motorcyclists are 28 times more likely than passenger car occupants to die in a crash, according to the Insurance Information Institute. In fact, Massachusetts authorities report they have responded to four fatal motorcycle crashes between Saturday night and Monday morning.

Some of the crashes involved a single motorcyclist. This was the case in New Bedford, Belchertown and Andover. But in Westport, a preliminary investigation shows the motorcyclist was traveling westbound on Route 177 when there was a collision with a Ford Ranger turning onto Tickle Road. The driver of the Ford Ranger stayed on the scene and was said to be cooperating with police.

In addition to local authorities, motorcycle accidents should be investigated by an experienced motorcycle crash attorney. In some cases, another driver may not appear to be involved. But drivers who speed, stop short, pass a motorcycle illegally or fail to check their blindspot cause motorcyclists to crash all the time. These are known as no-contact crashes.

When trucks hit motorcyclists, injuries can be more severe as we saw in New Hampshire. Truck companies have a responsibility to train drivers how to operate near motorcyclists. Truck drivers must also take care to properly load vehicles, especially if they are carrying equipment and materials on open open trailers.

At Breakstone, White & Gluck, we urge drivers to observe the following:

If you are a motorcyclist, please read our past blog, “Massachusetts Motorcycle Safety Tips.” The article can be a resource if you are just starting to ride, looking to become licensed or have questions about your Massachusetts auto insurance policy.

The Boston car accident lawyers at Breakstone, White & Gluck specialize in representing those injured in motorcycle accidents caused by the negligence of other drivers. If you or a loved one has been injured, learn your legal rights for seeking compensation. For a free legal consultation, contact us at 800-379-1244 or 617-723-7676 or use our contact form.