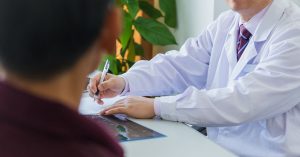 One tip for 2018? Do your online research before you visit the doctor. Read our blog to learn which websites are worth visiting.

As the New Year begins, many of us have questions about our medical health. Some of us are trying to understand the fine print on new health insurance policies while others prepare for medical appointments or surgical procedures.

A doctor’s office should be a safe place. But as medical malpractice lawyers here in Boston, we know the reality is that medical mistakes can happen at any stage during medical care, from the doctor’s office to the pharmacy to surgery. Mistakes are not rare either.

END_OF_DOCUMENT_TOKEN_TO_BE_REPLACED

The American College of Surgeons will consider new guidelines for the practice of concurrent or “double-booked” surgeries after a Boston Globe Spotlight Team report this fall.

The Spotlight Team found many surgeons in Boston and across the country are performing in two operations that overlap in part or their entirety, without the patient’s knowledge or consent. In some cases, doctors have even traveled back and forth to surgeries at different hospitals, leaving patients to wait under anesthesia.

“Patient safety is paramount,” said attorney Marc Breakstone, who has represented clients injured by medical malpractice for 30 years. “It is fundamental that patients have a right to be informed who is performing their surgery. If surgeons are overlapping their schedules, patients must be informed, without exception.”

Patients and family members told the Spotlight Team they had no warning that their surgeon may leave during the procedure.

Among them was former Red Sox pitcher Bobby Jenks, who had spinal decompression surgery at MGH in December 2011. Jenks was critical of his care, and in February 2012, told the media his MGH surgical team made an error. As a result, he said he had to undergo another surgery 18 days later in Arizona.

When interviewed this year, Jenks said he had recently learned his surgeon was double-booked during his entire three-hour procedure. In response, MGH told the Spotlight Team the surgeon had been in the operating room during the entire operation and performed properly.

In 2005, a hand surgeon left Beth Israel during a break from an operation and went to Children’s Hospital, where he was on staff. His lawyer said the doctor experienced difficulties with a medical device involved in his procedure and went to Children’s Hospital to obtain a replacement. While there, he removed a cast for a young patient who wanted to take a trip with his family, the lawyer said.

The Brigham and Women’s Hospital case involves a thoracic surgeon who allowed other surgeons to perform a lung surgery, which led to the patient suffering complications. During testimony, the doctor acknowledged that the surgery overlapped with that of another patient. Though the jury sided with the doctor, the federal appeals court ordered a new trial, saying the judge erred by excluding testimony from expert witnesses.

From Our Experience
The Spotlight report reminds us of surgery that was performed on one of our clients at the Mount Auburn Hospital in Cambridge in 2002. The surgeon, Dr. David Arndt, left the operating room during complex back surgery. His mission was solely a private one–he needed to cash a check. As a result, he immediately lost his medical privileges and his medical license was revoked. For more details about the $1.25 million recovery we obtained for our client, click here.

Patient beware: A new report says most of us will leave a doctor’s office with a diagnosis which is either late or wrong at least once in our lives. This can be life-changing for some, leading to serious injury, handicap or even death.

The report, “Improving Diagnosis in Health Care,” was released this week by the Institute of Medicine, which also published the landmark report, “To Err is Human” in 1999. The 1999 report exposed the fact that approximately 44,000 to 98,000 people were dying in U.S. hospitals each year as a result of medical errors.

The current report focuses on how doctors diagnose patients. The report shared the story of Carolyn, who believed she was suffering a heart attack and visited a hospital emergency room. When she asked her doctor questions, a nurse told her the doctor “doesn’t like to be questioned.” Told she was suffering acid influx, she was released a few hours later. But she was not better; she returned to the ER two weeks later. As she suspected, she had suffered a heart attack and needed surgery to unblock her artery.

The authors say they do not know how many Carolyns are out there. But some estimates are at least 12 million people are being incorrectly diagnosed like this year, or roughly 5 percent of adults who seek outpatient care each year.

They predict more bad news for patients too: Errors will likely increase because of the processes behind how patients are diagnosed, and how health care is being delivered today. The Institute of Medicine recommends health care organizations set up systems to identify diagnostic errors, adopt a non-punitive culture and work as a team.

A few highlights from the report:

Read more from the report and its recommendations.

Patient Resource:
Our attorneys have also written an article called “Preventing Medical Errors at Hospitals” which discusses how patients can advocate for themselves and explains the Massachusetts Patients’ Bill of Rights.
END_OF_DOCUMENT_TOKEN_TO_BE_REPLACED