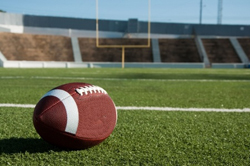 Last summer, the National Football League (NFL) announced it had reached a $765 million settlement with retired players who suffered from concussions and head injuries. But a federal judge has rejected the settlement and the debate about how to address the risk continues.

Even President Barack Obama has spoken: “I would not let my son play pro football,” he told The New Yorker magazine. But like many of us, he is a fan; he made the statement while watching the Miami Dolphins play the Carolina Panthers.

Recent surveys show many agree with the president, but many do not. In January, a NBC News/Wall Street Journal poll reported 40 percent of Americans would encourage their children to play another sport. Nearly 60 percent answered they would not discourage their children from playing organized football. Other findings include:

The NBC News/Wall Street Journal poll included 800 adults and had a margin of error plus or minus 3.46 percentage points.

Another Poll
In October, a HBO Real Sports/Marist poll reported a deeper divide. Out of more than 1,200 adults, one third said they would be less likely to allow their own son to play football if given the choice. But in the end, 85 percent said they would let their son play. Another 13 percent said they would not and two percent were unsure. (The study did not report on how respondents would feel about letting their daughters play.)

NFL Concussion Lawsuit
The NFL released figures in January showing the number of player concussions dropped 13 percent from 2012 to 2013. It has taken several steps to prevent concussions, including adding neurological consultants to the sidelines and replacing equipment.

But another notable part of the debate came from a recent NFL Nation survey of 320 players, just prior to the Super Bowl. The survey reported 85 percent would play in a Super Bowl with a concussion.

More than 4,500 retired players have filed concussion-related lawsuits against the NFL. The settlement must cover over 20,000 retired players for 65 years. The players accuse the league of long concealing the long-term risk of concussions from players, coaches and trainers. If an athlete suffers multiple concussions, it can lead to chronic traumatic encephalopathy (CTE), a progressive degenerate disease of the brain which is associated with memory loss, depression, paranoia, confusion and dementia. 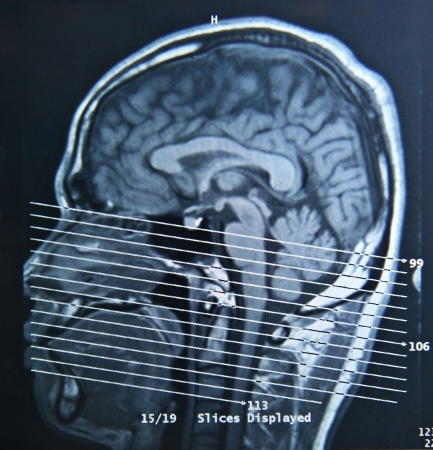 In 2010, Massachusetts passed a law aimed at identifying and preventing concussions among student athletes. Under the law, 689 public and private schools were required to report data for the 2011-2012 academic year. However, only 213 schools submitted figures, and those figures showed that 3,450 students had suffered a head injury or suspected concussion in sports. The figures were recently reported in The Boston Globe.

To encourage reporting this year, the state has changed its form to make deadlines appear more prominent and provide definitions for data.

Massachusetts Law
A concussion is a mild traumatic brain injury caused by a force to the head, such as a fall or car accident. Symptoms typically include headaches, dizziness and memory problems. Left untreated, it can result in long-term brain impairment. In recent years, focus has been on preventing concussions in sports at every level, from the National Football League (NFL) to high schools down to Pop Warner football leagues.

Massachusetts is one of 47 states which have passed so-called “return to play” laws since 2009. The state of Washington passed the first concussion in sports law in 2009.
The Massachusetts sports concussion law requires students, parents and coaches to receive annual training to recognize the signs of a concussion. Students who sustain a concussion are required to sit out and obtain a doctor’s written permission to return to the game.

As a final step, schools must report figures to the Massachusetts Department of Public Health (DPH). Public schools and those subject to the rules of the Massachusetts Interscholastic Athletic Association (MIAA) must comply with the law.

Sports and recreational activities cause 3.8 million concussions each year in the United States, according to the Centers for Disease Control and Prevention (CDC). When an athlete suffers a concussion, they become at risk for suffering another one. Proper rest is important, and teenagers, along with older adults and young children, are believed to have longer recovery periods.

If you are the parent of a student athlete, summer is a good time to learn about the law. Ask your child’s coach when the school will hold concussion training sessions. You can also read a summary of the Massachusetts sports concussion law.

END_OF_DOCUMENT_TOKEN_TO_BE_REPLACED 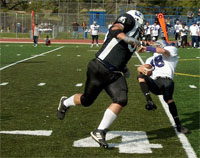