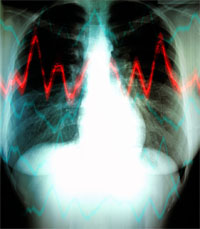 The Food and Drug Administration (FDA) has ordered St. Jude’s Medical to expand studies into Durata defibrillator leads, saying the heart devices are sufficiently similar to Riata leads, which were recalled last year. The agency is also seeking new data on Riata.

Defibrillators are implanted in patients with abnormal heart rhythms to regulate the heart beat. The medical devices are connected to the heart with leads. Riata was recalled because in some cases, wires were breaking through the insulation, which can potentially lead to a life-threatening abnormal heart rhythm.

A recent St. Jude study of 700 Riata patients found the defective wire broke through the insulation in about 19 percent of cases. A study led by a Minneapolis Heart Institute cardiologist has linked Riata leads to 20 deaths.

St. Jude, of St. Paul, Minnesota, pulled the defective Riata leads off the market in December 2010 and the FDA issued a medical device recall in late 2011. A 2011 count found 79,000 patients were still implanted with the Riata leads.

Responding to the FDA order, St. Jude said it is already collecting data on both Riata and Durata. The company stated the medical devices are different in design and a new coating meant to protect the insulation.

The FDA’s orders include routine X-rays for patients enrolled in post-market Durata studies to identify any insulation problems. St. Jude must also perform X-rays in a three-year post-market study on the defective Riata leads. The goal is to detect extruded leads which are floating loose in the heart.

Surgery to remove extruded leads can be dangerous. St. Jude says many patients live with the loose wires and continue to function normally. The FDA has advised doctors to closely monitor patients.

END_OF_DOCUMENT_TOKEN_TO_BE_REPLACED

Johnson & Johnson, one of the largest manufacturers of surgical mesh, has announced plans to stop selling the medical implants, as it faces hundreds of lawsuits from injured women and increasing oversight from the Food and Drug Administration (FDA).

Johnson & Johnson disclosed it will phase out surgical mesh in a recent letter sent to New Jersey and West Virginia judges overseeing patient lawsuits against them. The company said it plans to discontinue four mesh products over the next three to nine months.

On July 13, 2011, the FDA issued a public safety advisory stating traditional POP repair with mesh has no advantage over traditional non-mesh repair. Between 2005 and 2010, more than 3,800 women had reported complications and injuries following transvaginal mesh surgery, according to the FDA.

Many more women have stepped forward since the FDA advisory, many of whom have suffered painful, long-term injuries. Some injuries cannot be corrected through surgery. Hundreds of women have filed lawsuits against the manufacturers, which include Johnson & Johnson and Boston Scientific.

In September 2011, an FDA panel heard arguments from advocacy groups, surgeons and consumer organizations. Many wanted to see a surgical mesh recall, others wanted the FDA to implement more oversight. Some sought a reclassification while others said the surgical mesh problem made another case for overhauling the 510(k) system, which allows manufacturers to sell new products without a new review so long as they are “substantially equivalent” to an already legally marketed device.

Complaints from transvaginal surgical included mesh erosion with in the body, bleeding, pain during sexual intercourse, organ perforation, vaginal scarring, muscular and emotional problems. While corrective surgery is an option, it is not always successful.

Some surgeons are now recommending women consider whether they really need POP surgery and if they do, request a procedure without mesh, according to a Consumer Reports article. Click here for a recent article.

END_OF_DOCUMENT_TOKEN_TO_BE_REPLACED

A Food and Drug Administration (FDA) panel will begin discussing the safety and effectiveness of urogynecologic mesh products Wednesday. Surgical mesh is a medical device that is implanted into a woman during transvaginal mesh surgery.

In its July 13 update, the FDA reported it had received more than 3,800 reports of complications about transvaginal mesh surgery between 2005 and 2010. It urged surgeons and physicians to consider other options before performing the surgery.

The FDA warned that surgical mesh is a permanent implant that may require several surgeries to correct. Full removal of surgical mesh may not be possible.

The FDA will convene its Obstetrics-Gynecology Devices Panel of the Medical Device Advisory Committee on Wednesday and Thursday (September 8 and 9, 2011). The panel will discuss the safety of transvaginal surgical mesh for POP and SUI.

One consumer advocacy group has called for the FDA to recall surgical mesh. Public Citizen of Washington, D.C. – the organization founded by Ralph Nader – has also asked the FDA to reclassify surgical mesh so that future releases must undergo a more stringent approval process.

Other medical professionals support the procedure. A nationwide group of 600 pelvic surgeons has submitted a letter to the FDA challenging findings involving surgical mesh injuries.

If you have been injured during transvaginal mesh surgery, it is important to contact an experienced Boston medical device recall lawyer who can protect your interests as the FDA conducts its review. An attorney can advocate for you and ensure you obtain compensation for your injuries.

For a free legal consultation, contact the Boston lawyers at Breakstone, White & Gluck in Boston at 1-800-379-1244 or use our contact form.
END_OF_DOCUMENT_TOKEN_TO_BE_REPLACED