Last month, the City of Everett announced it was joining the Bluebikes regional bike share. This was welcome news for commuters, especially Everett residents who travel into Somerville, Cambridge and Boston. Everett will become the first Massachusetts community to offer both the Bluebikes and dockless bikes.

Everett is also the first community to join the metro-Boston bike share in at least five years. The City of Boston first brought the program – then called Hubway – to the region in July 2011. It began with a fleet of 600 bikes parked at 60 stations within the city of Boston.

END_OF_DOCUMENT_TOKEN_TO_BE_REPLACED 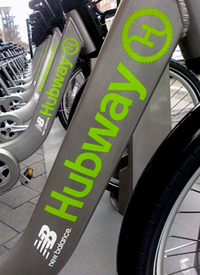