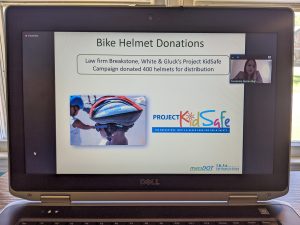 For the 6th year, Breakstone, White & Gluck and our Project KidSafe campaign are pleased to support Massachusetts Safe Routes to School. Once again, our attorneys have committed to donating 400 bicycle helmets to Safe Routes. From there, the Safe Routes coordinators will give the helmets to low-income children who want to participate in bike safety training and bike rodeos. 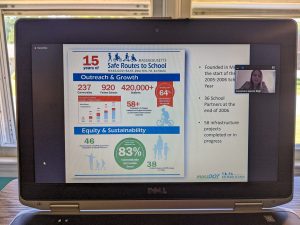 The Boston personal injury lawyers at Breakstone, White & Gluck are committed to safety and preventing head injuries. Through our Project KidSafe campaign, we have donated 30,000 children’s bicycle helmets across Massachusetts. We founded our campaign in 2013 and have since partnered with Massachusetts Safe Routes to School, local police departments, bicycle committees and community groups. Our goal has been to work with community partners who really care and are committed to bicycle safety and preventing head injuries.

In Massachusetts, cyclists under age 17 must wear bicycle helmets. But every cyclist is encouraged to wear a helmet. We hope you are never injured on a bike, but you can recover from many injuries. Head injuries can be fatal and it is important to protect yourself.