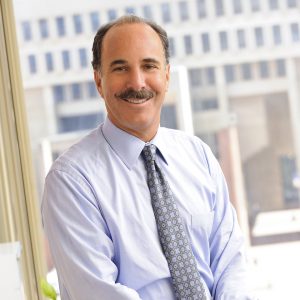 We want to mention the volunteers from Highrock Church in Arlington, Grace Chapel in Lexington and the East Arlington Livable Streets Alliance, which recently organized a bike safety day in partnership with the Arlington Housing Authority. Volunteers gathered in early June, tuning up 65 bikes to help residents from Menotomy Manor ride safely.

The law firm of Breakstone, White & Gluck and our Project KidSafe campaign sent along 25 helmets for children who participated. 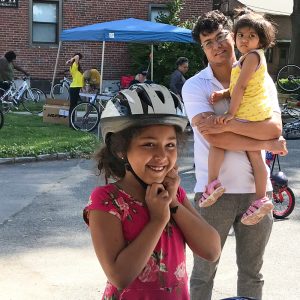 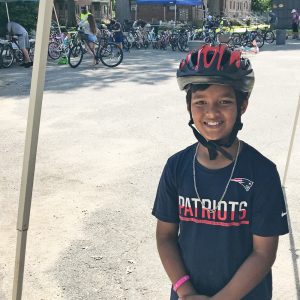 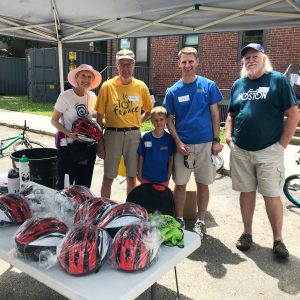 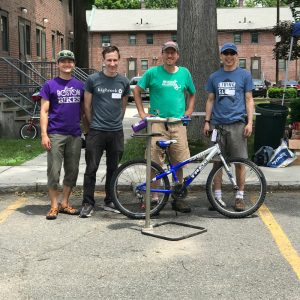 Attorney Marc L. Breakstone helped deliver new bicycle helmets to Arlington fifth graders this week. He asked them to make a promise: to ride safely and always wear their helmets when riding to prevent head injuries.

“Now I’m not here to scare you. I’m here to inspire you, okay? … I want you all to be safe bicyclists,” Breakstone said.

END_OF_DOCUMENT_TOKEN_TO_BE_REPLACED

Breakstone, White & Gluck kicked off our 2017 Project KidSafe campaign yesterday, donating 50 helmets to Peirce Elementary School in Arlington.  Attorney Breakstone participated in a bike safety training led by Richard Fries, executive director of MassBike. Helmets were distributed to children who needed one after the training.

END_OF_DOCUMENT_TOKEN_TO_BE_REPLACED 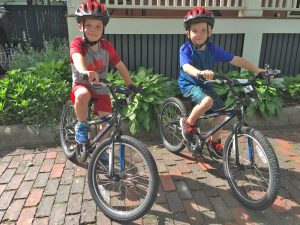 We donated 300 helmets in Arlington, where we have partnered with the Arlington Bicycle Advisory Committee and donated helmets for the past three years.

END_OF_DOCUMENT_TOKEN_TO_BE_REPLACED 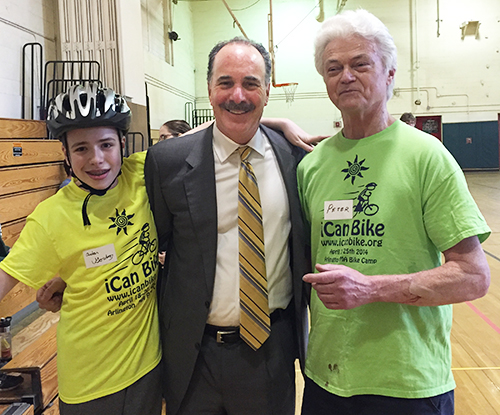 Attorney Marc L. Breakstone of Breakstone, White & Gluck with a cyclist and volunteer at the iCan Shine Bike Camp at the Ottoson Middle School in Arlington, Mass.

This is the third year Breakstone, White & Gluck has supported the iCan Shine Bike Camp in Arlington. iCan Shine is an international non-profit organization, with local organizers who host five-day camps which teach children and young adults with autism and other disabilities how to ride a bicycle.

END_OF_DOCUMENT_TOKEN_TO_BE_REPLACED

This blog is about a special bicycle camp that is being held in Arlington this week. Breakstone, White & Gluck was happy to donate bike helmets to support the iCan Shine Bike Camp, which fills a very important need and teaches children with disabilities how to ride bicycles. Please read about the camp, its organizer Nina Fischer and all the energetic and skilled instructors and volunteers.

This April school vacation was not a traditional break for two dozen children in Arlington. These children with disabilities spent their time off hard at work, learning how to ride bicycles at the iCan Shine Bike Camp at the Ottoson Middle School.

Children with disabilities do not have as many options for learning to ride and it is especially important in communities near Boston where cycling is so popular, said Nina Fischer, the camp’s organizer. Fischer tried to get her daughter who has cerebral palsy into bike camps for three years (including one as far away as New Jersey) before being approached to organize an iCan Shine Bike Camp locally. iCan Shine is a national non-profit organization which teaches children with disabilities how to ride bicycles. Each year, it hosts nearly 100 camps in 32 states.