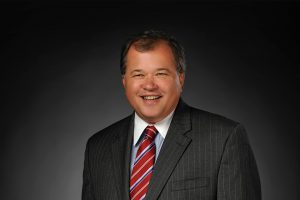 Ford drivers are gripping the steering wheel anxiously after the automaker’s stunning safety recall this week. 1.4 million Ford vehicles have been recalled because the bolts on the steering wheels can become loose. Ford will repair the vehicles, but not until the end of April at least.

“This recall is very upsetting,” said Attorney David W. White of Breakstone, White & Gluck. “Nothing is more basic to a car than a steering wheel. Automakers have a responsibility to fully test vehicles and all equipment before bringing them to market. They continue to fail drivers.”

Ford has said it will replace the steering wheel bolt and install a larger nylon patch to maintain pressure. A company spokeswoman said consumers will be notified by mail the week of April 30th.

In announcing the recall, Ford said it was aware of two car accidents related to the defective steering wheels, one involving injury. This is not the full story though. After reviewing federal records, USA Today reported the National Highway Traffic Safety Administration has received more than 45 reports of the steering wheels becoming loose or falling off, some resulting in car crashes.

Once a manufacturer determines there is a safety defect, it has 5 days to notify the NHTSA. Automakers are then responsible for recalling defective motor vehicles or equipment.

Americans may associate Toyota, General Motors and Takata with most auto recalls. Yet Ford has made its own headlines for safety defects. Last year, it recalled 1.3 million F-150 Super Duty pick-up trucks with faulty door latches last year. Consumers reported the doors were swinging open while the vehicles were in operation. It also issued smaller recalls fixing more door latches and to stop cars from overheating. The company had received 29 reports of engines overheating and catching fire in some vehicles with 1.6-liter GTDI engines.

At Breakstone, White & Gluck, our Boston personal injury lawyers have investigated serious car and truck crashes caused in part by defective parts. We have over 100 years combined experience representing individuals injured by car crashes, truck accidents and other traffic collisions in Boston and throughout Massachusetts. Many of our car accident and other personal injury cases involve product liability claims and investigation into dangerous and defective products.

Contact Breakstone, White & Gluck
If you have been injured, learn your rights. For a free legal consultation, contact our Boston personal injury lawyers at 800-379-1244 or 617-723-7676 or use our contact form.