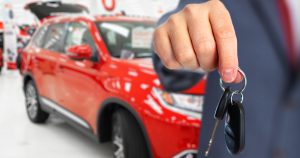 A dangerous bill has been filed in Massachusetts seeking to give used car dealers the right to sell used cars with pending recalls. Dealers would just have to provide written disclosure. Safety groups are opposed here and in other states.

The automotive industry has been pushing states to pass legislation allowing car dealers to sell used cars with open safety recalls. The industry wants to just disclose the pending recalls, rather than provide repair. Proposed legislation was the subject of a hearing at the Massachusetts State House this week. Massachusetts is the 11th state where this unsafe and anti-consumer legislation has been introduced over the past five years. Most other states have not passed the measures pushed by car dealers.

MassPIRG represented a coalition of safety organizations before the State House Joint Committee on Monday, speaking out against the bill, SB 179/HB 262, An Act further regulating business practices between motor vehicle dealers, manufacturers, and distributors. The bill was filed by Rep. Daniel J. Hunt and Sen. Marc R. Pacheco.

If approved, this proposal would allow Massachusetts car dealers to sell used cars under recall and simply provide written disclosure about outstanding repairs and defects, according to MassPIRG.

MassPIRG and its coalition strongly oppose this legislation, calling it a “serious threat to the safety of everyone who shares the roads,” and a “dangerous, profoundly anti-consumer, anti-safety, special interest bill.” It further noted there is no other recalled product that can be legally sold. You can read the coalition’s full statement here.

The proposal would weaken some of the most fundamental Massachusetts laws designed to protect consumers. Under the current laws, car dealers must affirmatively warrant that used cars are safe to operate on the roads. Dealers can be held liable for failing to comply with common law duty of care and for engaging in acts which are unfair, deceptive or negligent and result in wrongful death. Consumers have the right to recover financial losses in court or file a civil lawsuit in cases involving personal injury or wrongful death.

The Role of the Automotive Lobbying Groups

The Center for Public Integrity has teamed up with USA Today and The Arizona Republic to cover the lobbying effort by the automotive industry in the wake of the massive auto recalls. There are a number of industry groups, but the media partners report the Automotive Trade Association Executives has drafted “suggested” legislation being provided to many states. The Washington D.C.-based organization represents more than 100 executives from the regional auto dealer associations.

The media partners reported the goal was for the legislation to have two parts: one requiring manufacturers to fairly compensate auto dealers for holding onto used cars which needed repairs. The second part would allow those same auto dealers to sell recalled used cars if they disclosed repairs were needed.

Reporting on the Many Injuries

Over the last decade, drivers have suffered through recall after recall – over 280 million vehicles overall, according to the Consumer Federation of America. While many repairs have been made, the group estimates over 70 million recalled vehicles remain on the road.

As part of their coverage, the media partners have covered the stories of cars being sold multiple times after recalls and the injuries that follow.

The stories include that of Carlos Solis, a 35-year-old Texas father of two killed by a defective airbag in his Honda Accord. Solis was hit by an oncoming car as he waited to make a turn into an apartment complex outside of Houston. While his passenger was left uninjured and the vehicle suffered little exterior damage, Solis was struck in the neck by metal from the airbag. It severed his carotid artery and he died within minutes.

Solis had no warning about the defective airbag. An independent used car dealer sold the car without fixing the airbags or warning him Honda had recalled the vehicle years earlier. His family filed a civil lawsuit. Across the country, other families who lost loved ones did the same. Car dealers took notice.

According to the media partners, legislation has been introduced in Massachusetts and 10 other states, including California, Illinois, Maryland, Missouri, New Jersey, New York, Oregon and Pennsylvania, Tennessee and Virginia.

Tennessee is one state which passed the law with the car dealers’ language intact. What happened there shows the automotive industry is reaching too far, disregarding potential injuries and deaths and harming families already in pain.

In 2014, Lara Gass, 27, died in a car crash caused by a faulty ignition switch in a Saturn Ion. GM had just recalled the safety defect a few weeks earlier. Her parents approached the local state legislator, asking him to introduce “Lara’s Law,” which would have banned the sale of recalled used cars.

The state lawmaker consulted with a local lobbyist from the Tennessee Automotive Association. They edited the language, removing the sales ban. Instead, they added a requirement to disclose the auto recalls to consumers.

The Gass family stopped supporting the bill. The local lawmaker – who had received $56,000 in campaign donations from local dealers – withdrew the bill. But that wasn’t the end of it. The next year, the same lawmaker reintroduced the legislation in the state Senate with the sales ban sought by the Gass family. Another legislator introduced an identical bill in the state House. Since these were identical bills, there would potentially be little to reconcile before committees.

Neither bill moved forward, but the second lawmaker ended up helping the auto dealers add the “disclosure” language to an unrelated law regulating, of all things, rickshaws. There was no sales ban as the Gass family had sought. Republican Gov. Bill Haslam signed “The Motor Vehicle Recall and Disclosure Law” on May 5, 2017.

“Lawmakers were more influenced by lobbyists than they were by citizens trying to do the right thing,” Jay Gass told the media outlets.

The one exception in the Tennessee law is car dealers cannot sell used recalled cars with special notices, including “do-not-drive recalls” or “stop-sale orders.” But these are very rarely issued.

Federal Legislation May Be Ahead

Hopefully, no other state will have to consider this type of anti-consumer legislation. Last month, U.S. Sen. Edward Markey (D-Massachusetts) and U.S. Sen. Richard Blumenthal (D-Connecticut) introduced federal legislation that would ban all sales, leases and loans of used cars with open recall notices. This would be a uniform law protecting car buyers, drivers and road users under one standard in all 50 states.

With more than 100 years combined experience, Breakstone, White & Gluck and our Boston personal injury lawyers are experts in handling product liability cases involving defective parts in cars and trucks. We represent clients in all types of product liability cases, including those involving defective construction equipment, fitness equipment, toys and consumer products. Our attorneys provide plaintiff’s representation in Boston, Cambridge and across Massachusetts.