Breakstone, White & Gluck recently joined the fifth graders at West Somerville Neighborhood School as they graduated from the CYCLE Kids program. Our firm was proud to donate 400 bicycle helmets this year to Somerville elementary school students participating in CYCLE Kids. We made the donations as part of our Project KidSafe campaign.

Attorney Ronald Gluck handed out new bicycle helmets to the 34 students who received certificates of completion at the West Somerville school. The certificates were handed out by Somerville Community Police Officer Marianne Manfra and physical education teacher Neil Holloway, who coordinate the program. 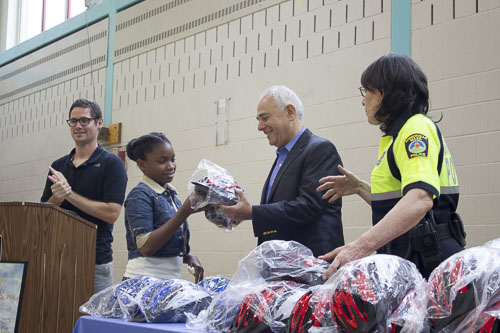 Photo: Attorney Ronald Gluck hands a helmet to a fifth grader who completed the CYCLE Kids program at the West Somerville Neighborhood School. 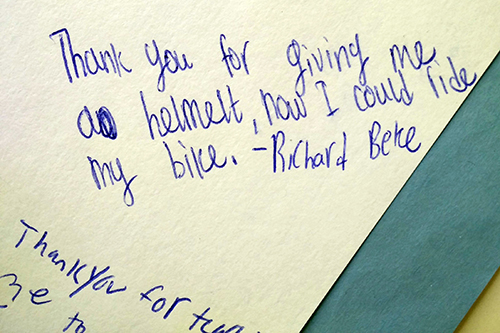 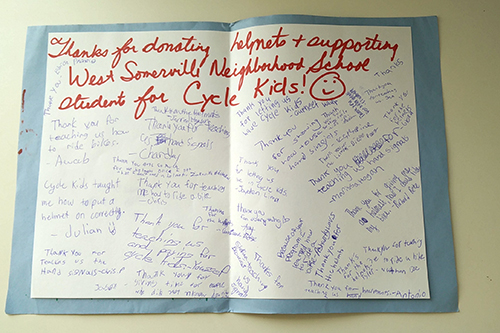 Photo: A Thank You from the fifth graders at the West Somerville Neighborhood School. Breakstone, White & Gluck donated bicycle helmets to the children for completing the CYCLE Kids program. 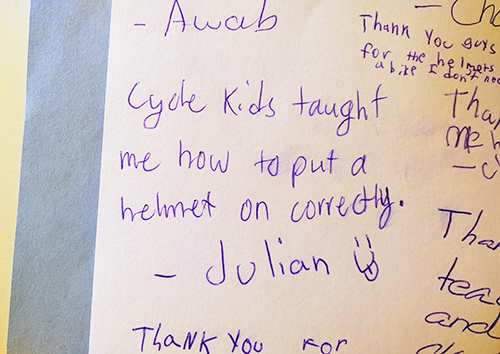 Photo: Another note from a student at the West Somerville Neighborhood School.

CYCLE Kids is a curriculum which teaches children about bicycle safety, literacy and nutrition. It is developed by the non-profit CYCLE Kids organization, based in Cambridge. In Somerville, the curriculum is offered to fifth graders as part of physical education class.

Students are taught how to ride a bicycle, use hand signals and that they must always wear a bicycle helmet while riding. For many students, it is their first experience riding a bicycle. They learn in class and through essay writing and take-home activities. Here is an excerpt from one student’s essay:

“At first, I didn’t have confidence but after talking with my friends in my homeroom with Ms. Carafotes, they all encouraged me to have confidence. That was the most important lesson because in the beginning I was afraid that I might fall. I fell twice but I just got right back up again and tried until I didn’t fall anymore. That would be my advice to anyone learning is to have confidence in yourself because if you don’t, you won’t accomplish your dreams.”

This student ended his essay with this note: “The best part of this program was getting a free Helmet at the end of our experience. I hope this continues every year for kids who don’t know how to ride a bike.”

Our Project KidSafe campaign works to keep children safe and encourage safe bicycle riding. Since 2013, we have donated over 4,500 bicycle helmets to children who need one in eastern Massachusetts and worked with organizations such as Boston Bikes’ Roll It Forward, the Somerville Kiwanis Club, Massachusetts Safe Routes to School, Bikes Not Bombs and local bicycle committees. 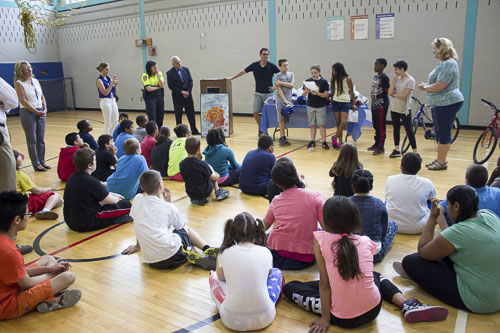 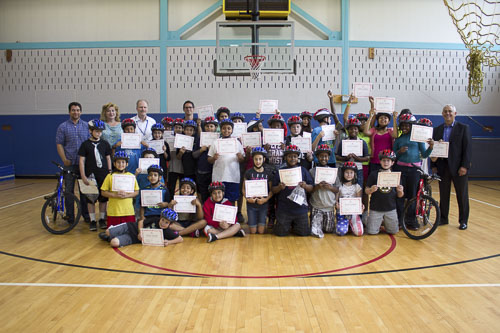 Photo: Students at the West Somerville Neighborhood School with their certificates of completion for the CYCLE Kids program, which provides instruction on how to ride a bicycle safely. 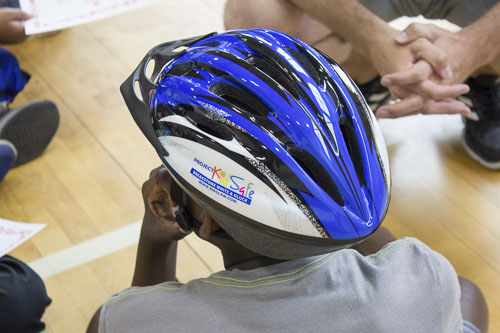 Photo: A student wearing a Project KidSafe bicycle helmet. For the second year, Breakstone, White & Gluck partnered with CYCLE Kids and the Somerville Public Schools and donated these helmets for students. 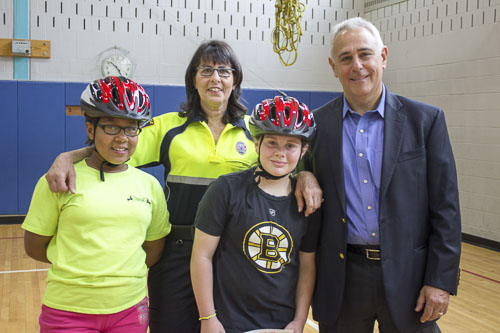