Attorney David W. White and his wife Denise Murphy recently enjoyed a visit with Boston Police Commissioner William Gross and Superintendent Dennis White, the Commissioner’s chief of staff. The visit was to thank the Boston Police Department for supporting Breakstone, White & Gluck’s Project KidSafe campaign for a third year in 2018, helping us get 160 bicycle helmets to children who needed one in Boston.

We are pleased to partner with the Boston Police Department. In the city of Boston, when families get the opportunity to meet a police officer, they quickly come to respect them and the importance of wearing bicycle helmets. Then, what’s great is we see families – parents and children – committing to protect themselves. And it has a ripple effect on neighbors, friends. 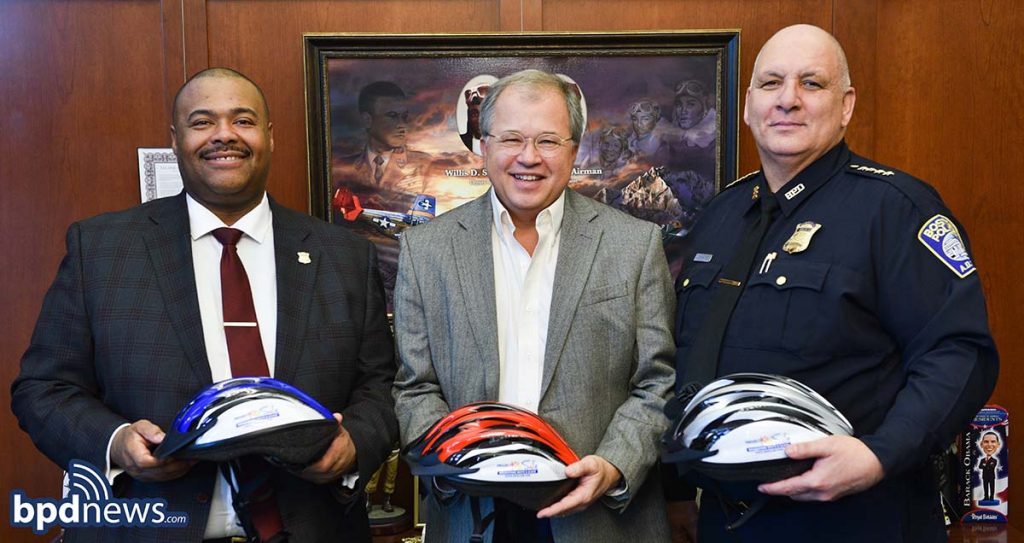